WiFi Sensing will soon be everywhere- protecting our homes, automating our houses, promoting independent living and keeping loved ones safe. This technology has the potential to change the way we live, but how did it begin? Who first harnessed the power of WiFi waves?

To learn more about how such impactful technology came to be, we spoke with the inventor of WiFi Sensing – Origin’s CEO and Founder Dr. Ray Liu.

Let’s start at the beginning. When did you first become interested in technology and realize you were an inventor? Ray Liu:When I was young, I would stroll along the tracks waiting for a train to pass by. When a fast train passed, that thundering sound of mechanical vibration and speed deeply thrilled me. I would come back again and again to see and feel the giant engine passing through. It was that fascination that let me know I was destined to be an engineer.

My father is a medical doctor who also wanted me to be a doctor, but my love of science and math took me on another trajectory- to be a scientist and professor. When I was growing up in Taiwan, the country was beginning to build its own Silicon Valley tech empire, and most students (including myself) dreamed of becoming electrical engineers and computer scientists.

After completing my Ph.D., my advisor encouraged me to pursue an academic role with a research career. Since then, I have won almost all the prestigious teaching and research awards available at the University of Maryland and my Institute of Electrical and Electronics Engineers (IEEE) professional community over the past three decades.

I dove headfirst into the technological world and feel excited and fulfilled by everything I’ve helped develop- especially WiFi Sensing.

Looking back, I made the right decision from the beginning, on those train tracks- I was born to be an inventor!

You first understood the potential of WiFi Sensing when working on a government project. Can you share that story?

Liu:In 2009, I was approached by the Defense Advanced Research Projects Agency (DARPA) to evaluate how to overcome the wireless communication problem inside a submarine, which was occurring due to severe multipath issues. I worked with others to develop a prototype testbed that essentially uses the environment to perform a perfect deconvolution (removing complications), an operation that is not possible through digital computing. It was so fascinating that it made me wonder if such a technique could be applied to our daily life.

I started Origin at the University of Maryland’s incubation center with the initial goal of developing a time-reversal division multiple access for 5G communication systems. After we built the devices, we conducted experiments in a non-line-of-sight indoor multipath-rich environment. If we moved a device by a centimeter, the communication failed; but if we moved it back to the exact location, it worked again. At that time, we realized that we accidentally solved a long-time conundrum of indoor positioning problems with centimeter accuracy, and only by using a common commodity – WiFi!

During one experiment of the device location, someone happened to walk through the door. The location failed, and instead pointed to a different location. When the door closed, it came back to the same location. We then realized that the location allowed us to use wireless sensing to detect if a door is closed or open, and to monitor other indoor activities.

With that as the foundation, we enabled accurate and reliable wireless sensing using ambient radio waves. Next, we further developed an AI platform consisting of many analytic engines that use WiFi to detect human motion, falls, vital signs (e.g. breathing rate and heartbeat), and determine human biometric characteristics, recognize gaits and gestures, and monitor sleep.

Tell us more about the inventing and development process.

Liu: Throughout the development process, it was crucial that we stayed curious and kept asking “why”. Breakthroughs often come through unexpected surprises- in our case, our major WiFi Sensing discovery came from the opening and closing of a door. Because we were able to understand the significance of that moment, we were able to break out of our traditional box and invent truly game-changing technology.

We launched our first commercial WiFi Sensing product with Linksys Aware in 2019, which was about 6 years after the incorporation of Origin. Since we were the pioneers in using WiFi for wireless sensing, we first had to develop the science behind it, then the technology, then the products for consumers.

Along the way, 150+ patents were filed or granted. We also helped create the IEEE 802.11bf wireless sensing standard which will have a lasting impact on this emerging industry, and on WiFi-enabled products more broadly.

When you first invented/developed WiFi Sensing, did you know how widespread the applications would become (health monitoring, home security, child presence detection, etc.)?

Liu: We realized fairly immediately that what we discovered was fundamental and had widespread applications. We knew it was revolutionary that we didn’t need a wearable to monitor common activities. Even with this knowledge, we recognized that it would take a long time to ensure we produced a superior product, ready for commercialization.

Has anything surprised you about the capabilities and power of WiFi Sensing?

Liu: Indeed. I am consistently surprised about what can be done with WiFi Sensing, and every day there’s a possibility that we’ll encounter something completely unexpected. For example, we first realized we could perform precise indoor positioning, then we realized we could detect whether a door was closed or open. Soon after, we found that we could sense a person through the wall by establishing the world’s first radio biometrics.

From there, the applications snowballed- we could pick up breathing, monitor sleeping, detect a fall, recognize gait patterns, and even pick up sound without a microphone. Each day comes with the opportunity to learn something new that WiFi Sensing can do!

WiFi Sensing is an emerging industry that uses AI- what might change as the wider population comes to understand it better?

Liu: Every fundamental breakthrough comes with new ethical issues not thought of before. WiFi Sensing makes sense of radio waves and is in the emerging field of AI. As AI technologies and capabilities advance, we need to develop stronger ethical guidelines to protect our privacy and security.

Looking ahead, how do you expect WiFi Sensing technology to evolve? What is next?

Liu: WiFi Sensing will become a fundamental technology for our everyday lives and the devices within them. Every lightbulb, IoT device, TV, router, and even every car will be enabled to become WiFi Sensing devices, offering users worldwide a new sixth sense. WiFi Sensing will help make our lives safer and the world a better place. 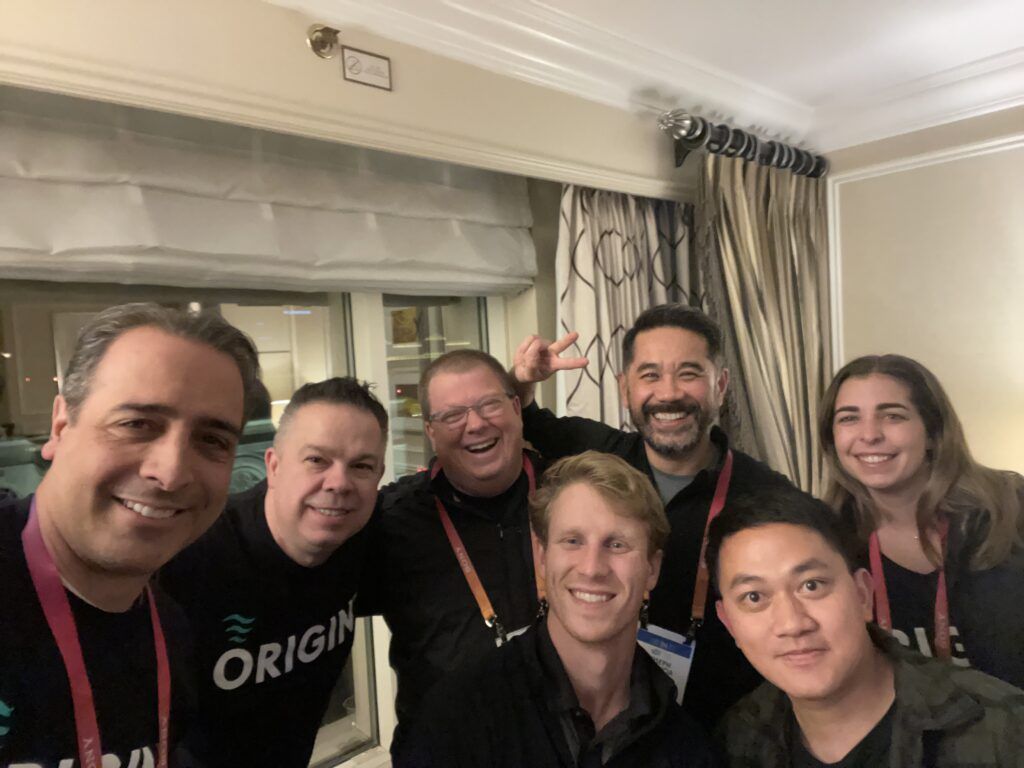 For many technology and consumer product companies, the Consumer Electronics Show (CES®) marks the beginning of each new year. As… 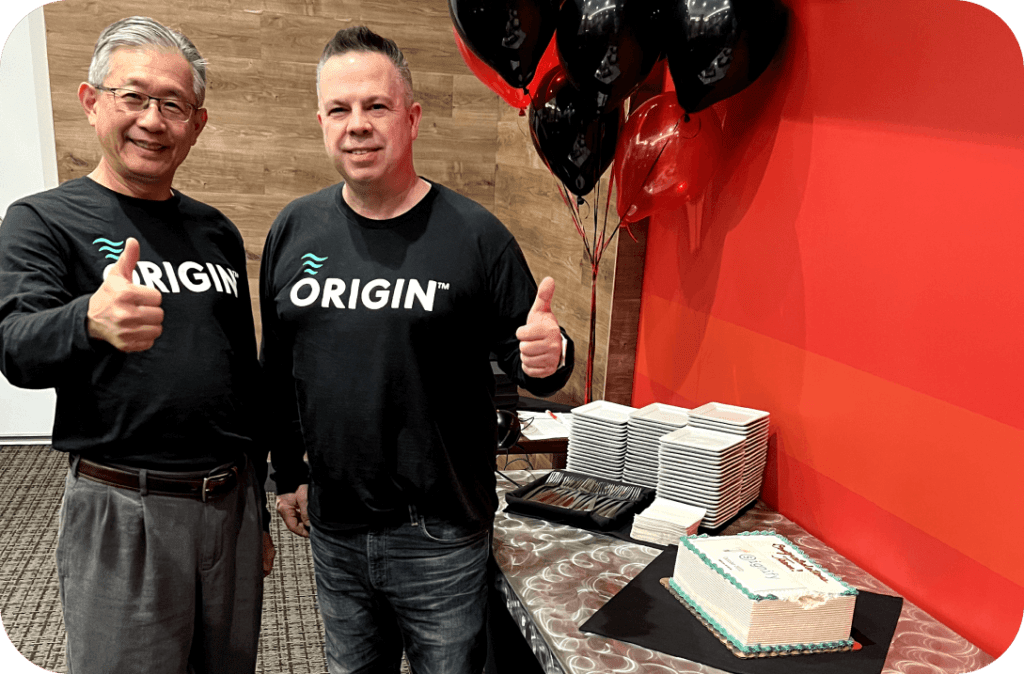 Origin’s Next Chapter: Q&A with Ray Liu and Spencer Maid

Origin is on the precipice of an exciting new chapter, one that will further the organization’s commercial impact and propel… 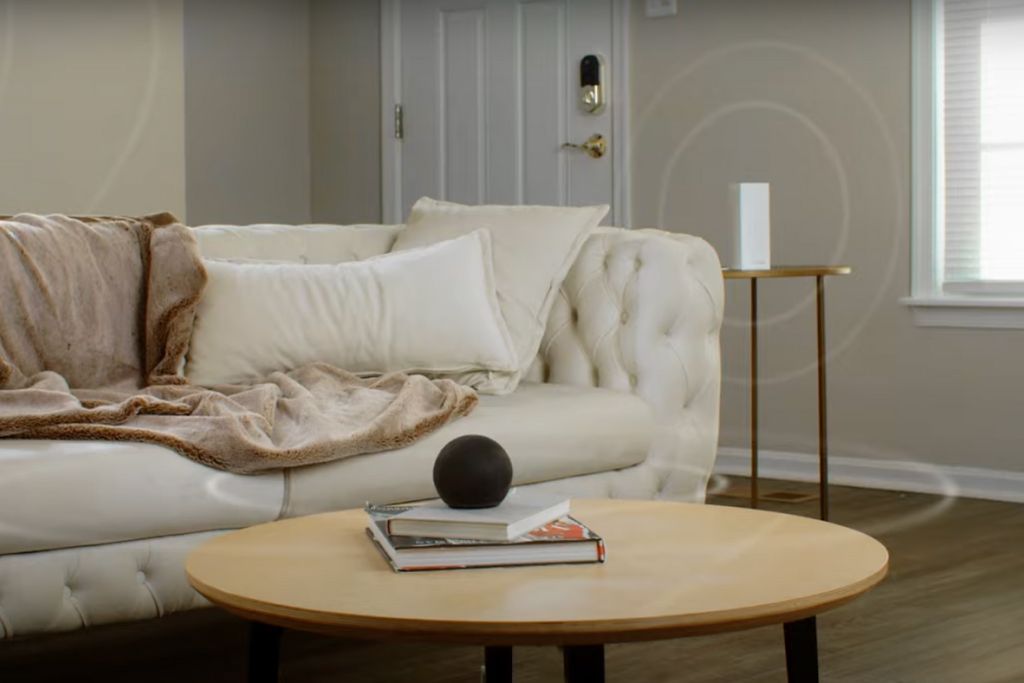 Radar has been used by governments and technology companies for decades, detecting the movements of people and objects. Originally developed… Why AI Matters in Healthcare 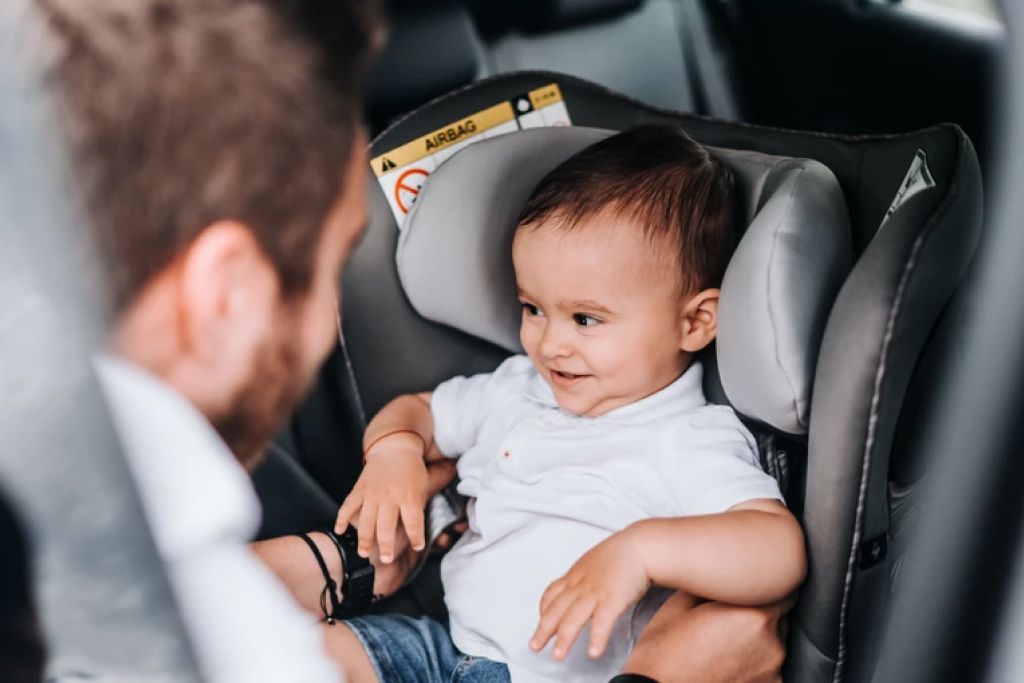 Every year, an average of 38 children die from heat-related deaths after being trapped or forgotten in cars. Since 1998,…